We have got so many mails and messages regarding the request of mobile apps or games of 90s famous desktop games. Yes, we have gone through much research about popular 90s games which you liked the most but sadly not able to play anymore on your desktop. Here, we have searched 9 popular 90’s desktop games mobile app version on Android playstore which make you feel happy and take you back in your childhood.

Super Mario was one of the most popular 90s TV video game. Shigeru Miyamoto from Japan is the inventor of Mario Games and the character is still popular amongst adults (than childrens). Super Mario game is now available on Android devices for free. After purchasing the game one can play more modes in it as well. This super Mario android game is visually very good and any age group person can play it easily. 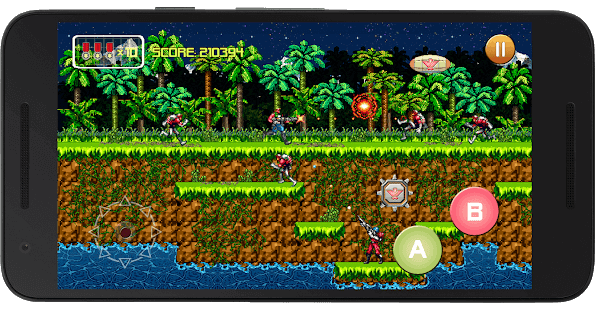 Who can forget that “S” power in contra game during childhood? Yes, we all were dying to get this power while playing the game. Contra was one of the most adventurous games during childhood. Contra game can be played by 2 players and in this game both the players has to share the same screen so one can’t go ahead without other player. Contra has one player who has to complete his missions by killing other people with gun. There are plenty of games available on Play Store and we found this pretty good.

Believe me or not all 90s TV games has beautiful background music and we just recognize it by it’s music. Circus Charlie is one more popular 90s tv games and it’s not violent like others because it doesn’t have any guns. In this game one kid sitting on lion and has to pass in between from fire circle in one circus that’s it. This is still fun game. Download Circus Charlie 90s famous tv game now as Android app.

While buying any new video game during child hood one gun also comes with controller. Do you know why? Yes, that was for hunting. Duck Hunter game is still very popular video games amongst youngsters and who can forget that dog which holds the birds after we kill them with our gun in video game. Sometimes kids cry if they miss any duck. Download Duck Hunter 90s famous tv game now as Android app.

Do you remember that half nude man with white hat who runs freely in forest? Yes, this man was in search of Princess Leilani who was kidnapped by Evil Witch Doctor. To save the princess Higgins has to survive in an island for all 32 stages. This was indeed fun game and adventurous because we constantly need to look at Higgins life and it’s really quick game. Download Adventure Island 90s famous tv game now as Android app.

Do you remember that little red car which was the first game always while turning any video game in tv. In this game you need to control your red car from accidents on road with other cars and other objects. This was indeed very fast game and never completes in a single try. I personally never went far from 3rd stage. Road Fighter was the biggest time pass game during childhood and now we can play it on our Android device as well. Download Road Fighter Car Racing 90s famous tv game now as Android app.

Bomberman is actually a robot who finds his way through maze while avoiding enemies. There are plenty of rocks and enemies there in the game and bomberman has to find the door behind that rock by blowing them with bomb. While finding that door all enemies will try to stop you but robot has to find it’s way. Bomberman was very addictive game because at one go you can’t clear a single stage. Download Bomberman 90s famous tv game now as Android app.

Pac-Man is each and every kid’s favorite video game. This game has various blocks, fruits and ghost and pac-man has to eat all fruits while surviving from the ghosts. In between the game Pac-Man also gets one power which allows him to get all the ghosts before they catches him. In today’s generation all 90’s games are bit advanced while playing in Android devices so many new feature, graphics and design included in it. Download Pac-Man 90s famous tv game now as Android app.

Ok, honestly this was my favorite game because this one needs some mind to kill other robots while surviving your own bird. In this game player has to destroy enemy tanks before they gets your bird. In this game player will get different powers like clock, retro tank, boats, showels, bomb and so on. This game is still very popular amongst adults and millions of downloads in Android device. Download Super Tank 90s famous tv game now as Android app. 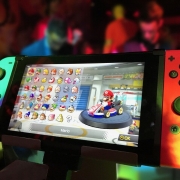