As you all know that Facebook is #1 social media app in the world and growing rapidly day by day. With Facebook app you can connect with your friends, family, colleagues and relatives you know easily. On Facebook platform users can easily share photos and videos with their loved ones and can get likes and comments on it as well.

Earlier you can play games directly in Messenger itself. Yes, suppose you want to play Facebook messenger basketball game on messenger then you can play it by sending the basketball emoji to someone. Yes, it was that easy to play FB messenger games.

Facebook took wise step to move messenger games to facebook native app. Facebook is dropping their users base and interest day by day and many people have deactivated their facebook account and using messenger app only. This step will bring back the core users to facebook platform again as they can engage with the games as well.

After clicking on Menu you will see there is “Gaming” option in it so, click on it. It will open the Facebook Games section where you will see the list of different games available to play for users. On gaming page users can access gaming videos, gaming profile, trending gameplays, recently played games by users and many more things

If you want to access Games section on laptop or website then just open facebook.com in your browser. On left sidebar of Facebook home page go to “Explore” section where you can see Games option. One of the best thing or benefit about Facebook instant games is that it loads quickly.

Don’t worry, Facebook Native app still has all the games so, you can play the games from it’s main app as well.

On Facebook gaming App there are many games categories available including

Just click on your favorite game from the list and it will redirect or open in a full screen. Now click on “Play Now” button and enjoy the game.

So, let’s begin and browse your favorite game from below.

Yes, Ludo King is also available on Facebook Gaming App. Ludo is one of the most popular 90’s board games and gamers still loved this game. Ludo is popular board game in which up to 4 players can play. If you don’t know how to play Ludo King Game in Facebook messenger or facebook games then here is the small guide. Just search “Ludo King” in search bar of Facebook games and select the game from the list.

In this board game there is 4 different houses and each house has four tokens. With the help of dice player had to move their tokens from starting point to center point. Remember if other player’s token engage with your token’s location then you need to start from scratch. First player who reaches to the center point of the board game with all four tokens wins the game.

This game is best online multiplayer game and can be played with your other online friends as well. This game is played by over 2.4 Million users on Facebook Games.

The more you get inside the net the more points you get. Once you miss the shot then the game will restart again.

Here I am assuming that you are big fan of 8 Ball Pool and played this game quite a good number of times. 8 Ball Pool is one of the most popular pool games with amazing graphics, sounds and features. 8 Ball Pool is online multiplayer game played by over 4.4M users on Facebook Games. In this game there is multi mode as well in which either you play quick fire game (Need to put all balls in holes with limited time) and also play with friends.

In this game it doesn’t matter how many balls you put in hole during the game because only that player wins who puts last ball from the pool table in hole so, make sure you practice a lot before starting to play with friends.

2048 is again strategy and most addictive games available online. 2048 game is not multiplayer game and only played by single player. If you don’t know how to play 2048 game in Facebook messenger or facebook games then here is the small guide. Just search “2048” in search bar of Facebook games and select the game from the list.

Try to reach the 2048 tile by merging tile with other tiles in the same way. As mentioned this is one of the most addictive games available on Facebook games.

On Facebook gaming app some of the games are real quick games like basketball which mentioned above but some players prefers to play longer games which are related to mind games or strategy games. Chess is one of the long games (If played with smart player) available on Facebook which required lots of strategy and mind exercise for sure. If you don’t know how to play Chess game in Facebook messenger or facebook games then here is the small guide. Just search “Chess” in search bar of Facebook games and select the game from the list.

Chess is one of the class games played over the years. Earlier it used to play on board but in this digital era it’s available online as mobile app and browser game as well. You can play this game with your other online friend or complete stranger on Facebook Games app.

Archery is one of the most popular sport game played in open ground. Archery is also there in the Olympics and it really tests your aiming skills. Historically archery used in hunting and combat but now it’s played as a sport. If you don’t know how to play Archery game in Facebook messenger or facebook games then here is the small guide. Just search “Archery 3D” in search bar of Facebook games and select the game from the list.

In Facebook Archery game all you have to shoot arrows on one big round target using your bow. On Archery target there is different points so, make sure you shoots your arrow on middle point to get the 10 points. Archery 3D game can be played with your online friend or stranger as well.

If you haven’t played cricket during childhood then your childhood is wasted for sure. Who doesn’t like to play cricket as it is one of the most played outdoor sport (Yes after football) in the world. Yes, you can play cricket as indoor game as well by seating on your bed, sofa or couch. Facebook Gaming app do have Cricket game as well with interactive graphics and sound. Just watch the ball and hit with the bat. You can also join the tournaments and play with your other friends as well.

Just like archery darts is aiming game which tests your aiming skills. In Archery you gets the bow to shoot arrows on the target but in Darts game you gets small missiles which known as darts. In Darts game you have to throw dart to the dartboard. There are specific areas in the dart board with different points and you have to put dart on that area only. In some areas of the dartboard you get double and triple points so, make sure to sharp your aiming skills first.

Soccer or Football is most played outdoor game in the world. If you have played soccer in the ground then you will know it demands stamina, skills, speed and strategy to hit the ball in the goalpost. But, here we don’t need any of that stuff as you are going to play it digitally. On Facebook Games app you can also play Soccer game so, make sure you play it quite good because it can be tough. In Golden Boot facebook games you get several chances to shoot the ball in the goal post.

Who doesn’t like to play Tetris? Well, yes only those who lose this game against opposite player. In Tetris game there will be multicolor and multi size bricks come from the top and all you need to arrange those bricks into the right place. This game provides background theme music as well which makes this game more intense.

If you don’t have carrom board at home then don’t worry you can play this game in Facebook games as well. Carrom board game is one of the most popular games or probably the first game during childhood. We have played carrom board game millions of times with parents, friends or even siblings. In Carrom board game 4 players can play in 2 teams. In this game there will be tokens on the board along with 4 holes and whoever player or team gets more token in hole via striker wins the game. This game can be played with stranger as well.

So, if you know any other popular facebook game or your favorite game to play on facebook then do share with us in comments. We will review the game and add in our list. 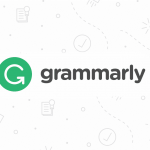